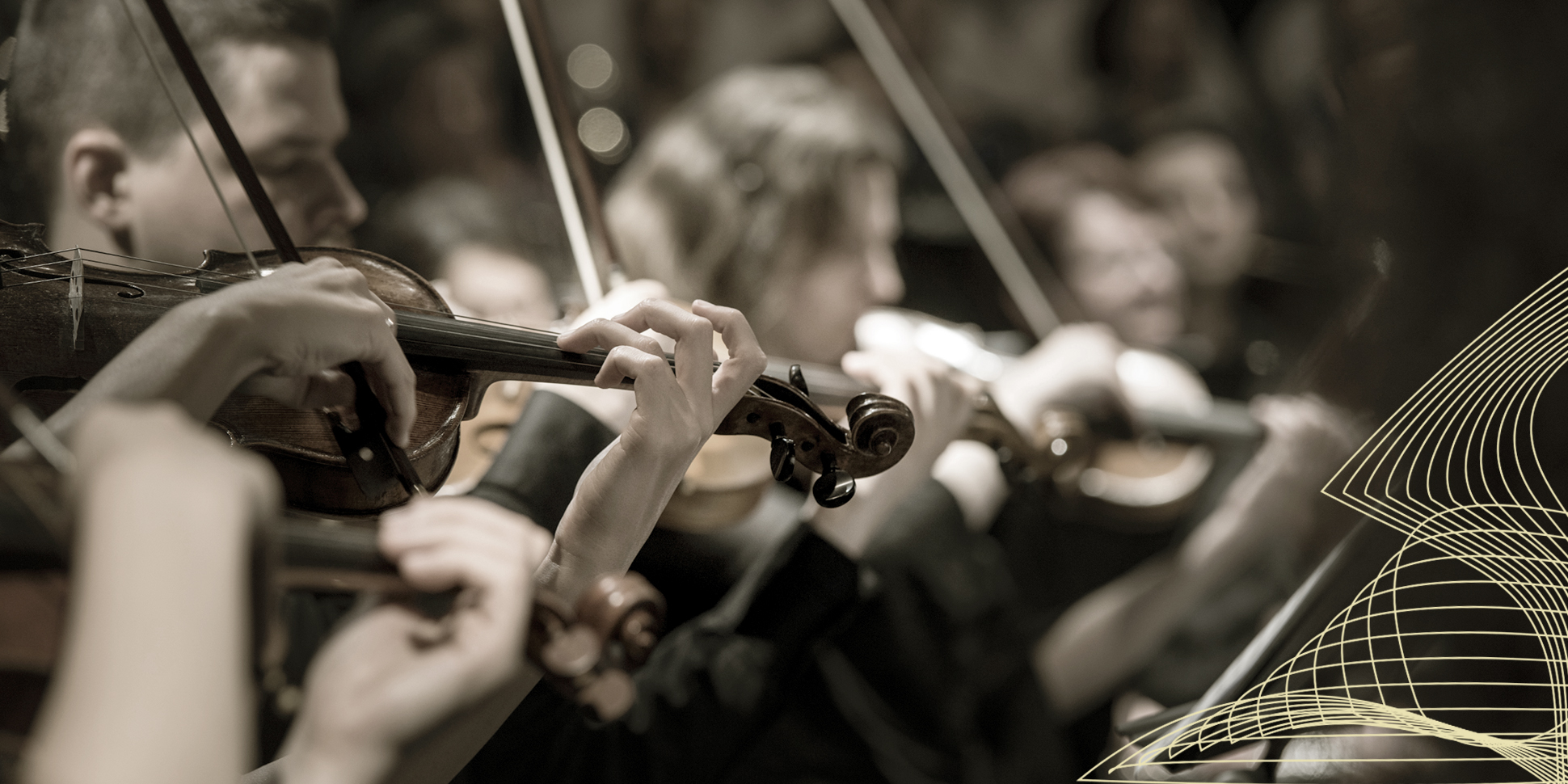 Orchestration as a key strategic function for businesses

The role of the orchestrator

From the time I was very little, I have always been fascinated by the image of the orchestra conductor. Karajan, Toscanini, Fantasia’s Stokowski… 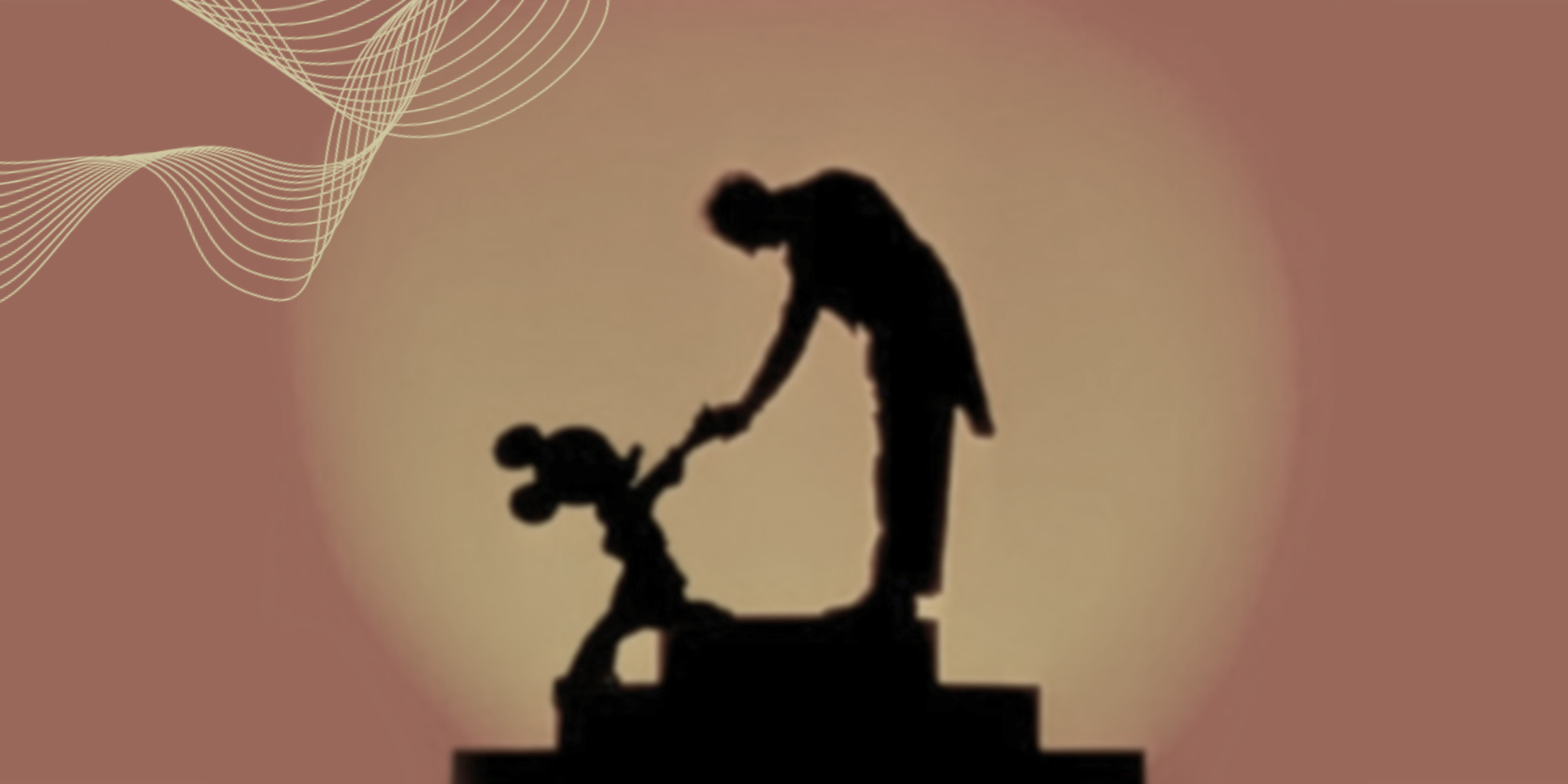 Fundamentally because I understood absolutely nothing about it at all: here we had an elegantly dressed man, energetically moving a baton, -although I sometimes thought that he was very often not moving in time to the beat-, and who dared to occupy a more privileged position than the other musicians. And to top it all off, not only did he feel he should participate in the audiences’ applause when these came, but he felt was the main receiver. When he thought it ok, he shared these applauses with the other musicians. I did not understand a thing. The musicians did all the hard work and I did not understand why that person claimed for himself so much of the success for the achievement of everything that had been done there.

Then as I grew older, I began to understand a series of things. I realised that that person, in order to be there, has had to complete the full degrees of three types of instruments: wind, string and percussion. I also realised that he must have been studying for an average of at least 15 or 20 years before being able to reach that position. In addition, I learnt that in an orchestra of 120 musicians, he is perfectly capable of knowing that the second bassoon is a half-tone out of tune. And finally, I found out that, in an orchestra, whenever there is a new conductor, the orchestra usually teases him, with one of the musicians having specific instructions to play slightly out of tune. If the conductor quickly points him out and threatens to hang him from the ceiling, the entire orchestra knows that the conductor is good, and that the games are over!

Why is this a key theme?

When we began discussions about what the first topic should be when addressing the Singular Solving blog, we had a real problem in terms of choosing between all the things we wanted to talk about. We are born with the vocation to address problems and generate tools that should be an integral part of the cognitive toolkit of 21st century companies, and interesting topics kept piling up: complex problem solving, personotechnics, strategic insights from a social research approach, the role of creativity in the strategic process…

However, I quickly stepped forward and said I wanted to take the lead on a specific aspect, orchestration.

And the reason behind all this was quite simple – it is the one aspect companies are less aware that it is completely lacking in. The difference between this and the other things we talked about is that most of them are not familiar to the vast majority of professionals who see them, but an aspect such as orchestration is usually understood as something that companies have already incorporated. Something that my organization does on a daily basis and that runs through the veins of all my project managers. Something that involves coordinating, planning and doing a series of things that are part of a company’s day-to-day.

However, in large and complex projects, the failure rate ranges between 50% and 90%. And most of the causes are not attributable to technical failures. It is a subject that deserves a post of its own, but if you are interested in further details, you can find it in this post from the University of Sydney.

Our diagnosis in this regard is clear: Normally something as absolutely key as orchestration, is taken for granted. And it usually does not exist. And it is completely absurd to ask the Project Manager to take care of those tasks because his job is different.

Let’s give an example.

A large telco contacted us to develop a new product (that we will not name), built around the entry of the GDPR into force in Spain.

The work that we were to eventually develop could be summarised in this diagram:

We had to coordinate 7 of the company’s internal departments, which, as is customary within large corporations, were not only not working assiduously in an integrated manner, but if it was not a project they were leading, the attitude was generally passive-aggressive if not directly putting roadblocks in the way. On the other hand, external providers had to be coordinated from up to 7 different categories. The number of external suppliers was sometimes over 10. All this at the service of a common purpose, with a project that did not have a clear owner because it was the launch of a new service that did not belong to any department or any person in particular, but that was distributed across the entire company.

When we raised this, they were very amazed at the complexity involved. We barely all fit in the meeting room for the kick-off meeting, there were more than twenty people involved.

Everything related to Complex Problem Solving deserves a series of articles on the blog.  Summarizing a lot, the problem faced by the telco of our example will soon become the norm for other companies. The global macro tendency is that the nature of problems become increasingly complex. Simple problems are already solved. It is increasingly difficult to solve ambitious and complex problems, such as those that our line of business puts before us, in a non-orchestrated way.

When we want to do something really well, we need a complex machinery at the service of the purpose. And that machinery must function like a clock, under the baton of the ‘orchestrator’, where everyone knows what they are doing in the midst of an apparently complex puzzle, where everyone has their assigned role to play.

On a space mission, the head of the mission is where the buck stops. He is possibly the only one who has a global vision of the mission, but depends absolutely on the individual work of others to move everything forward. It is inconceivable that he has the solutions to all the potential problems that may arise.

Disaffection with the own company

Another macro-trend that contributes to obviate the need for orchestration in complex projects is the current disaffection that most employees have for their own companies, which becomes a particular sore spot for large companies. People suffer a significant alienation with the companies for which they work, without this necessarily being their fault. Many people nostalgically remember the “old version” of their company, where the values transcended to the mere personal interest and there was a much more marked corporate conscience.

When this situation of disaffection occurs, it is not surprising that the private agenda prevails over the corporate agenda. There are countless projects that die for reasons independent of the ability to address the problem the company has. The reason they die has something to do with some of the participants not having the company’s vision in mind or simply not being able to understand the importance of what they were doing or to put themselves in the shoes of their own company.

When these situations occur, companies need to enforce, to a certain degree, the corporate vision, so that the interest of the company prevails over the private agenda of the individuals that make it up and in whom the company has entrusted the work to watch over its interests, although not always is this goal achieved.

For example, in many cases a coach has to make the unpleasant decision to send someone to the bench for the good of the team. Even in the case of star players, because if players are not able to understand their individual role in the greater vision and that it is not a one man show, in the end these decisions end up just being individual whims, incompatible with each other, that make it impossible to achieve the common good.

Did anyone mention Gareth Bale?

The assembled hyper-specialization: when the transdisciplinary emerges.

Put like that, it sounds very much like rocket science, doesn’t it? But in reality this is, thanks to the magic of audio-visuals, very easy to understand.

The A team? Assembled hyper-specialization 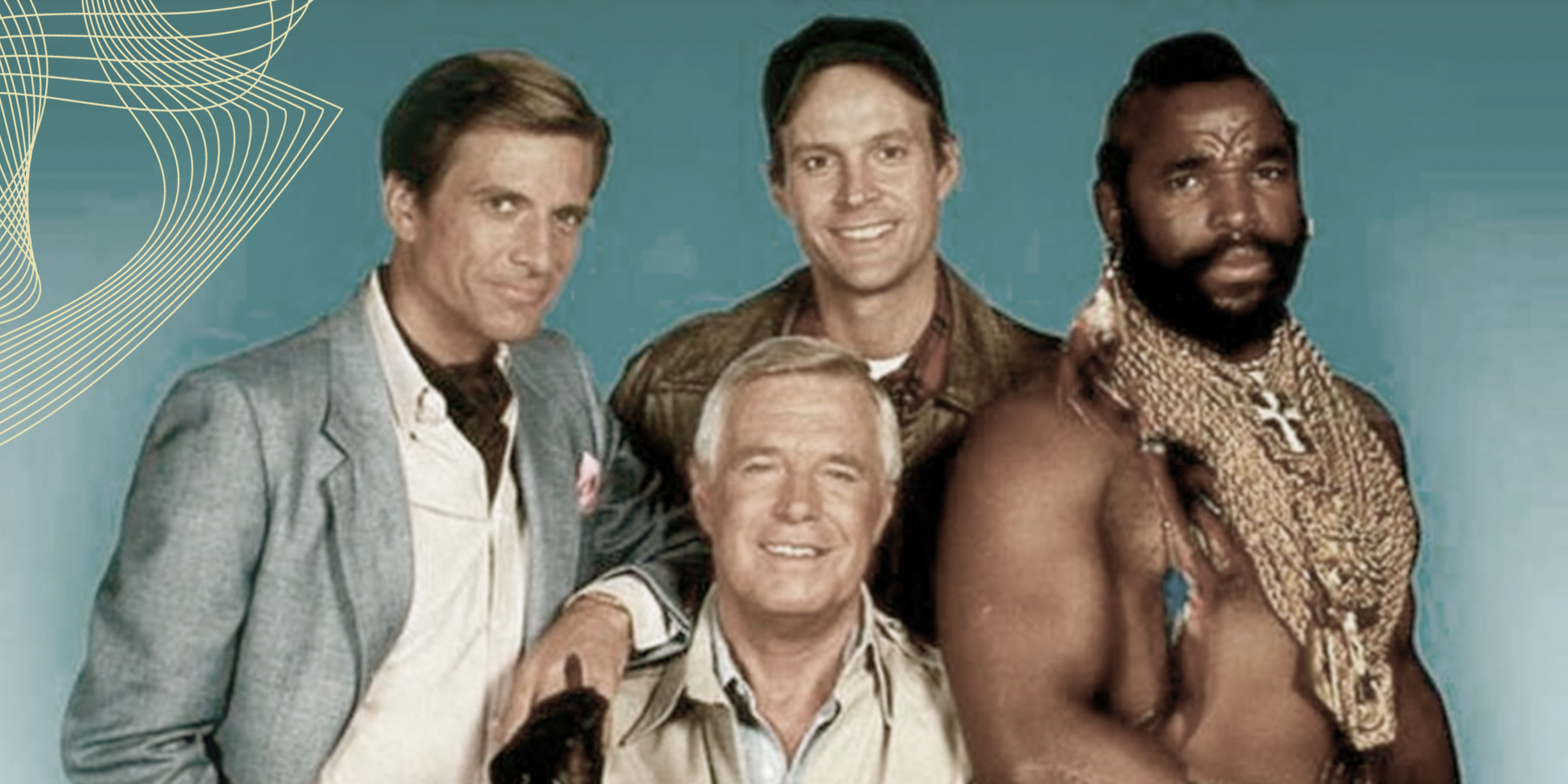 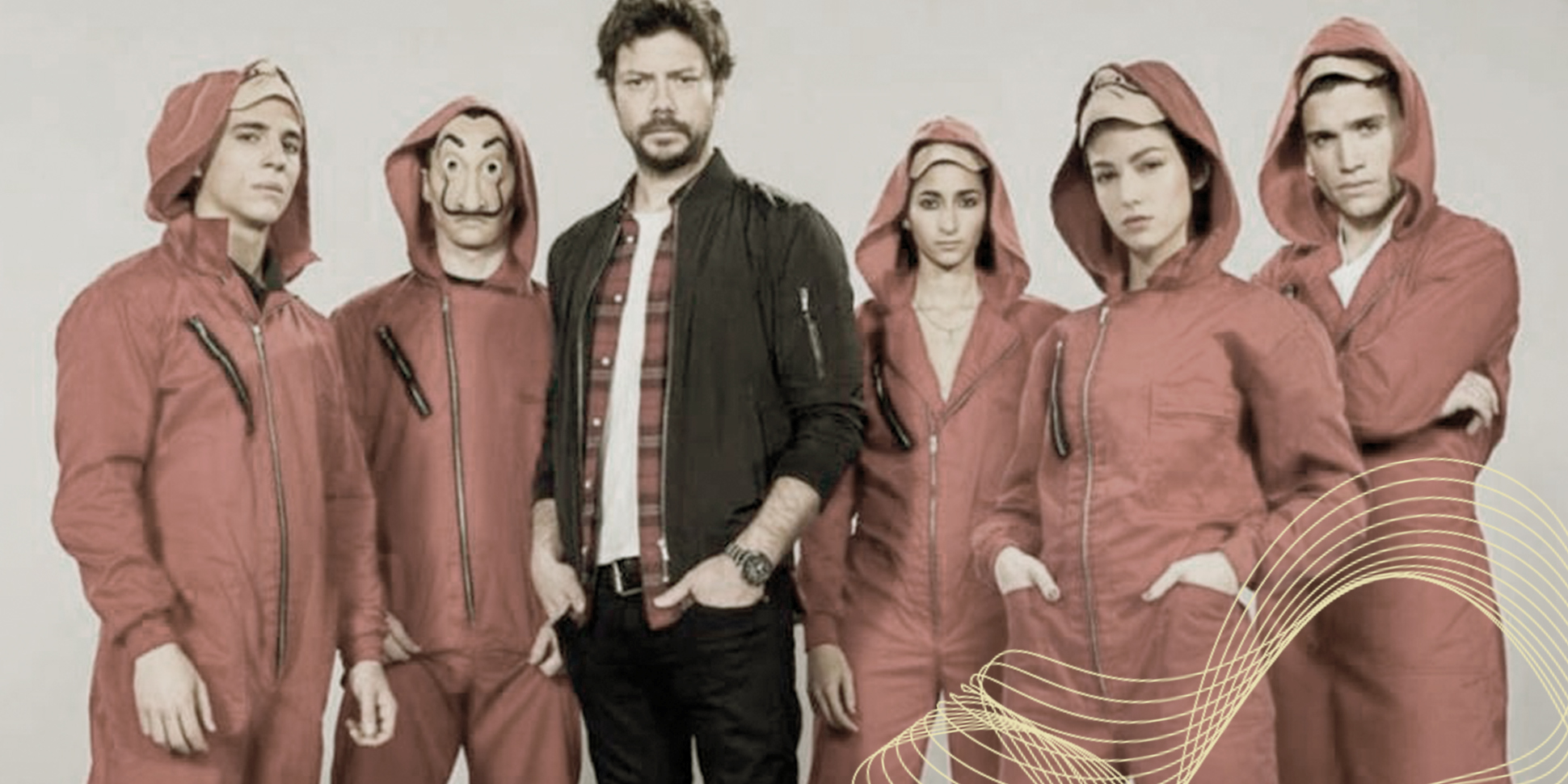 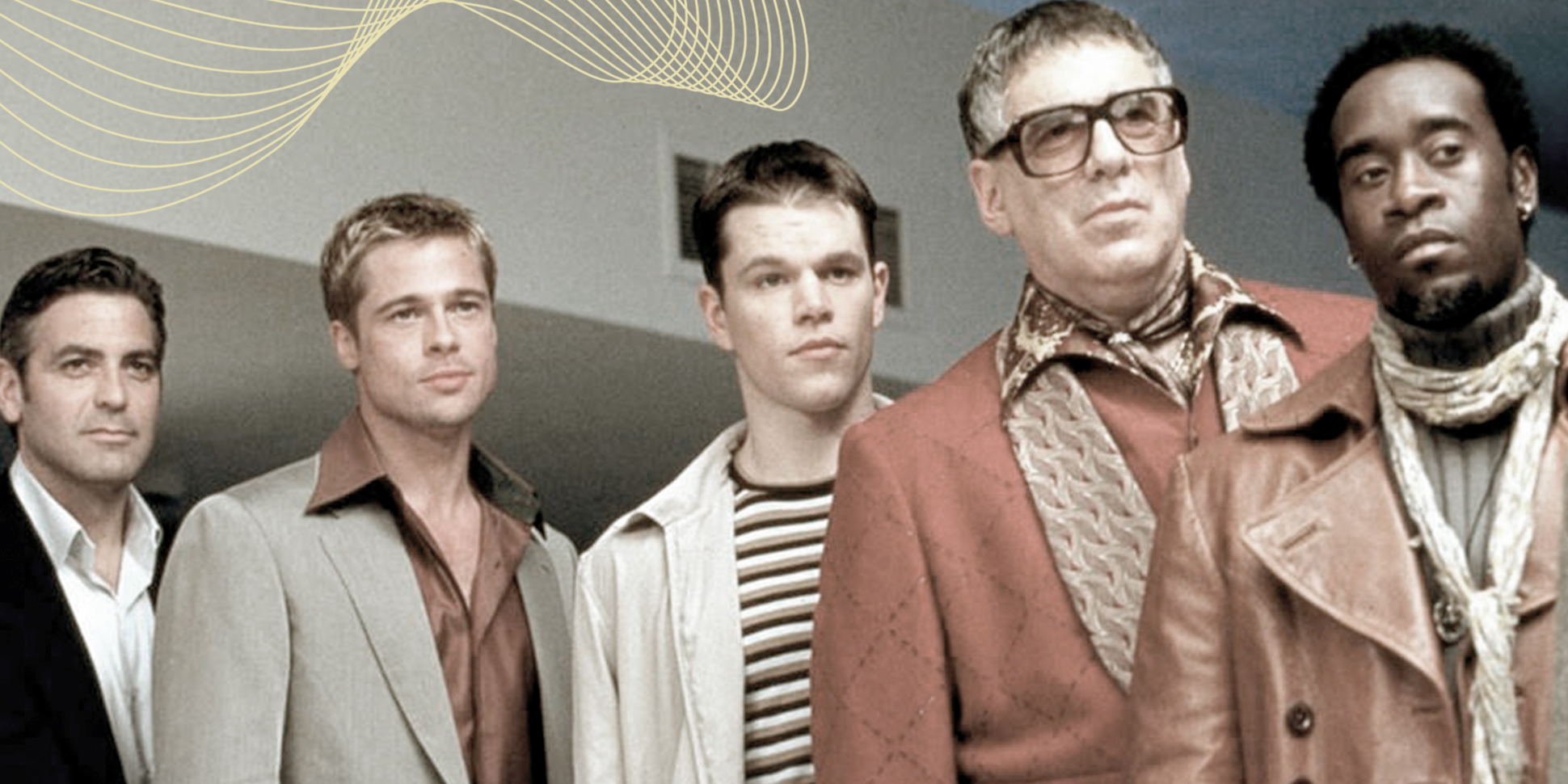 Why is it our favourite? Basically because at a given moment in the film, the loot is divided into equal parts. We do not believe in orchestration as the vision in which a solitary genius is the one that groups everything together and distributes tasks to a certain number of people, telling them what they have to do, as though they played a lesser role than the protagonist (here Hitchcock comes to mind, with his ” bring in the mannequins” when speaking of the actors), but as a situation where the guardian of the vision is like everyone else, and not the boss.

In effect, an assembled hyper-specialization scenario is one in which, under the baton of an ‘orchestrator’, very specific skills are put into practice, in a harmonic way, in order to overcome a degree of complexity that cannot be solved individually by the brute force of numbers alone.

Each of these fictions clearly leads us to a situation where it becomes obvious why these types of teams are assembled. It’s obvious why we need a contortionist, an explosives specialist or an extreme hacker. The only thing we need to make the mental leap is to understand that these situations and facing extremely complex challenges are not exceptional circumstances as we have presented in these fictional tales, but are and will become increasingly common over time.

It is important to understand that between assaulting an impregnable casino and launching a new product to the market that is capable of making a difference in a hyper-mature market, there is not very much difference in terms of complexity and the need for orchestration.

Danny Ocean’s role is not to be a Project Manager who tells others “they are late” or that we are over the budget. It is not even to manage the risks of the project. His role is to have a vision greater than all of theirs, and to be the guardian for, and the person in charge of executing it.

We believe that in the next 10 years, the role of orchestrator will play a leading part in the companies that survive, and in fact, this role will likely become one of the C-Suite roles, where there are people specialized in working in orchestration and in looking after the global interests of the company on extremely complex projects.

In future posts, we will address key aspects of orchestration, and the role of the ‘Orchestrator’ in more detail and we will understand why companies generally think they have their projects orchestrated, when this is not really the case.

Thank you for reading us. Welcome to Singular Solving.